Land data for the public good

This analysis for the Global Data Barometer Land Module was compiled by Charl-Thom Bayer, Land Information Management and Advocacy Consultant, at The Land Portal Foundation.

Data for the Public Good

Emphasising the importance of open land data for improving property rights and enabling more efficient government services is important because currently there is very little global evidence of open land governance data. The Global Data Barometer (GDB) land module is an important contribution to better understand the state of land information at the global level.

Open land governance data, supported by national laws, can assist in the provision of efficient and transparent government services. It can aid individuals, communities, businesses, and government offices to run their land-related operations  ethically and with integrity. More concretely, open land governance data can be used to support land rights claims and provide public evidence of land rights, thereby reducing corruption opportunities and offering a route to greater public engagement. It can help communities monitor whether environmental protections are being upheld, and supports rights claims over geographical areas inhabited for generations. It can help civil society organisations understand patterns of land deals and support environmental and social justice and advocacy.

Open data systems may also help integrate data collected by community groups/private individuals and augment existing national land data systems. Open data systems are also able to take advantage of new methods for collecting land data, such as GPS, satellite, and mobile phone technologies to help bridge information gaps. The GDB land module for the first time measures the openness of land data and provides comparable data on a global scale. This is an important step in advocating for the opening up of land data and promoting it as a public good. The Land Portal Foundation partnered with the GDB in developing the land module to complement the more detailed work that the Land Portal is carrying out at country level. The Land Portal seeks to understand and open up land data and information at the country-level through its State of Land Information (SOLI) and Open Up Guide for Land Governance initiatives.

The Global Data Barometer land module  indicates that open land governance data is currently restricted to a handful of countries such as New Zealand, Denmark and the United States of America. The top 5 is rounded out by Estonia and Colombia.

Typically land use data such as on agricultural use or urban development, is not personal data intensive and says little about ownership and as such may be seen as a “safer” choice for the opening up of data. Thus it may not be surprising that  the “land use” indicator is the area of best performance with regards to the openness of land data. It is also the indicator with the highest average score of 36, more than double the avg. score for land tenure (17) and three times the score for “gender inclusion and use of data” (12).

Another key trend identified in the land module is that in the countries where land data is available online, it is almost exclusively available because of government-led action and policy support for transparency and public accountability. This highlights the important role that governments play in the production and opening up of land data and the need for continued engagement with governments.

Looking to the future.

Looking forward I think this provides a very useful and interesting baseline for the state of land data at a global level. The research should be further refined, interrogated and validated. There are some interesting results that require closer scrutiny and could provide a new perspective and/or test accepted wisdom on the performance of some countries with respect to open land data.

Interesting opportunities for research also present themselves. Comparing detailed country level data in both the Land Portal SOLI Methodology and survey data in the GDB land module may serve to validate findings in both the SOLI and land module or flag discrepancies and enable future refinements.

The partnership between organisations such as the Land Portal Foundation and the Global Data Barometer (but also others too numerous to mention) are important, not only for producing the results captured in the land module. It is also important for mutual reinforcement, cross fertilisation and promotion of related but distinct initiatives which share the same objectives. Such partnerships create networks that are self-reinforcing, support capacity building in support of open data for the public good. 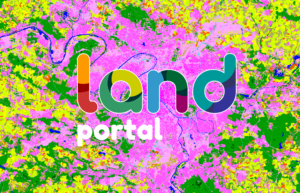