The Transparency International movement works to secure the integrity of politics. We understand political integrity as the exercise of political power consistently in the common good, not to sustain power holders’ wealth, kin, or own power. The availability of data on political finance, asset disclosure, lobbying and public consultation is key for any prevention system. The more we know about how our leaders finance their election campaigns, manage conflicting interests, and consult business and citizens to inform their own decisions, the more accountable they become. Over the last 20 years, transparency laws have multiplied worldwide. For instance, countries that introduced campaign finance as well as asset and interest declaration legislation more than doubled since 2004, to 140 and 160 respectively (according to IDEA and WB data).

Our experience nevertheless shows implementation gaps that retard the efficacy of laws. When data is publicly accessible, it does so in ways not always compliant with international open data standards –with a few countries’ exception. More worryingly, such lags threaten fundamental tenets of democratic governance: for instance, the 2019 Electoral Integrity Project identified campaign finance as the weakest link in the electoral cycle. Today’s threats to political integrity are more sophisticated than 20 years ago. Forms of undue influence are not just domestic but also foreign; they adopt different conduits and schemes, and target not just officials but other realms of the public sphere such as discourse. The Global Data Barometer survey will shed much needed light into the legal loopholes and the practical barriers preventing disclosure of political integrity data.

Getting into the data

Putting our preconceptions at test: Overall, we did expect to see wide variations when it comes to both the existence and quality of the regulatory framework (i.e. “governance”) and the actual timeliness, granularity, comprehensiveness, and accessibility of the data (i.e. “availability”). Although “governance” consistently outperforms “availability” —with very few exceptions— the gaps between them vary in interesting ways too. See for instance the best performing region “European Union, United Kingdom, North America, Israel, Australia and New Zealand”. In the country with the strongest open-data governance, availability is 85% as good as its governance (i.e. US).

Placing the gaps: The availability-governance gap is the widest in Sub-Saharan Africa, where openness practice is on average only 26 percent as good as the legal ambition –incidentally already very low, as it is only higher than the MENA region’s. Although the gap is narrower in South East Asia, Latin America and the Caribbean, and Eastern Europe (practice performs approx. at 60% as good as governance), the governance standards are still too soft (if this was an exam, they would not get a “pass”). Some of the best performers from these three regions still show wide implementation gaps though (e.g. in India, Indonesia, Argentina, Ecuador, Kosovo, Albania, Armenia, to name a few). In fact, in 98 countries (90%) availability lags behind governance —a resounding confirmation that we should not judge political integrity progress by laws alone.

Explaining the gaps: Why does practice outperform the law in those other nine countries? Some of them seem to share certain characteristics with each other, such as geography, economic development or state-society configurations (e.g. Denmark, Sweden, Finland; Chile and Peru; United Kingdom and the Netherlands; Qatar and United Arab Emirates). The key question that arises is: what are the key enabling factors associated with good data availability? The question is relevant for policy. It could be the case that certain types of governance factors —definitions, verification duties, etc— lend themselves to more expeditious implementation than others. Alternatively, it could be the case that certain structural conditions in the country (democratic development, the size of the economy or the capacity of its state administration) are more conducive to political integrity data openness.

To answer this question, we did some preliminary analysis of the association between the governance and availability of data for each theme: Interest and Asset Declarations, Political Finance, Public Consultation and Lobbying in the 109 surveyed countries —this time just controlling for country scores in the Human Development Index.

Of the four governance factors, having a mandated agency seems to have more consistently an effect on the availability of open data in political finance and public consultation. The requirement to publish donor IDs is also associated with higher levels of data availability. In both cases, the relationship holds strong even after controlling for the level of development in the country. We did not find similar relationships with regards to interests and asset declarations or lobbying (though lobbying regulations are too few to draw conclusions).  We expect to continue this analysis so we can better inform our policy recommendations for countries to meet stronger open data standards going forward.

Where do we go from here?

The policy toolbox to improve data availability and quality is diverse, and Transparency International shall endeavour to build a greater understanding about the conditions under which open political integrity data becomes the norm. Meanwhile, in the short term, users of the GDB political integrity module shall keep in mind: 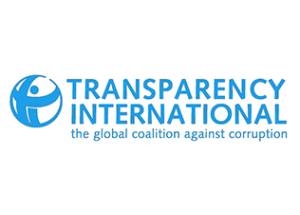